Anyone who reads a lesson, psalm or prayer in a service. Lay persons may read any lesson but if the service is Eucharist, the Gospel reading must be read by a deacon or priest.

The lessons that are read during a worship service.

A distinctively Anglican doctrine that emphasizes the actual presence of the Body and Blood of Christ in the Eucharist. This is in contrast to theologies that hold that the Body and Blood are present only figuratively or symbolically. The Anglican doctrine of Real Presence stops short of Transubstantiation in defining how the presence happens. (Transubstantiation says that at a specified point in the liturgy the wine and bread become actual flesh and actual blood.) This degree varies especially between low church and high church circles.

The procession of the crucifer, acolytes, choir, readers, clergy and other assistants out of a church building at the end of a service. 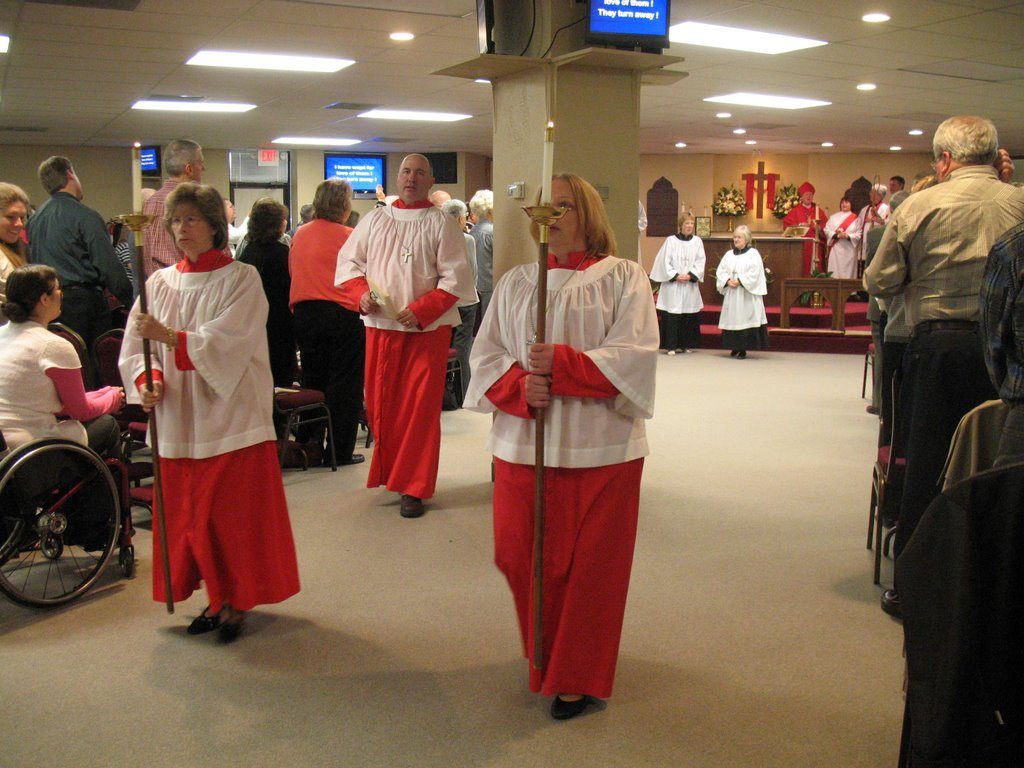 The final hymn sung as the recession takes place.

The head priest of a parish; the word, in Latin means “ruler.” If a parish has more than one clergy, the others are called Assistant Rectors or Associate Rectors. A mission cannot have a rector. A mission has a priest-in-charge, who is often called a vicar. 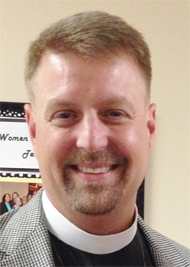 The residence of a rector; the place where an Anglican (or Roman Catholic) clergy lives. Called a parsonage or manse in most other Christian denominations.

[rear-re-doss] any decoration behind or above an altar; may be in the form of statues, screens, or tapestries.

Consecrated bread and wine kept in the church building in an aumbry or tabernacle after a Communion service, often indicated by a lighted candle in the sanctuary. It is kept primarily for distribution to the sick of the Church.

Also called a gradine, the retable is a narrow shelf located behind an altar that is placed against the wall.  Candles and flowers are sometimes placed on the retable.  The retable is also sometimes used to house a tabernacle. 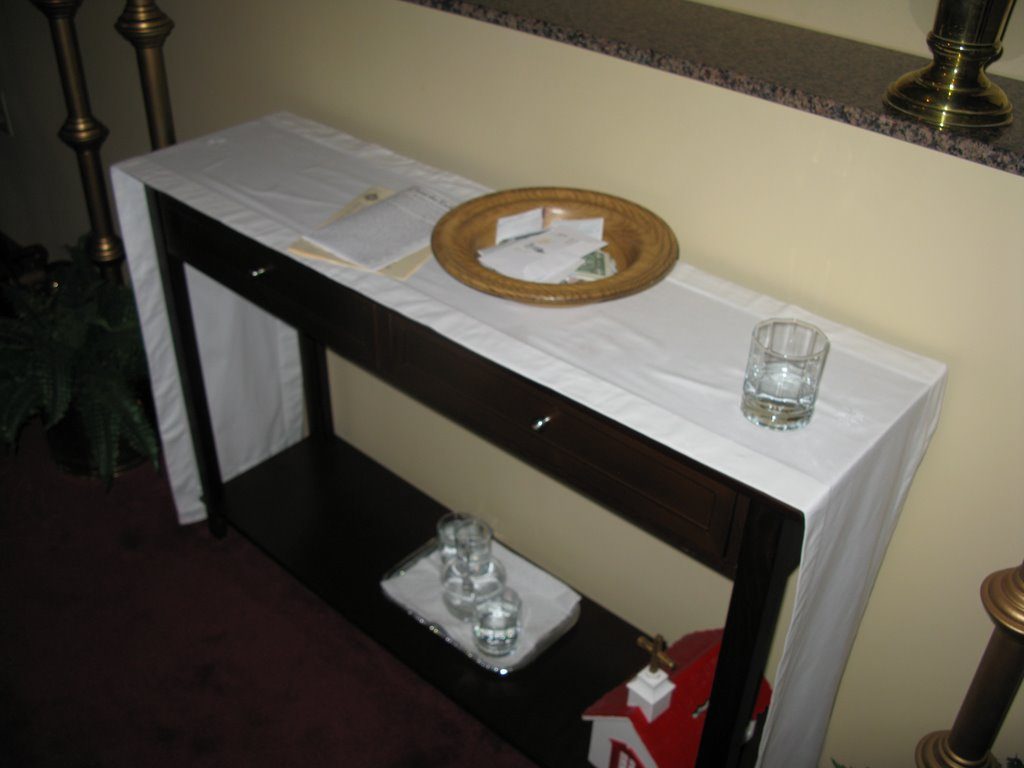 An ordained person [hence Reverend] who also holds some degree at the doctorate level [hence Doctor]–a way of referring to a clergy person who was also a professor, or to a memver of the clergy who holds an honorary or earned doctorate. A bishop who held a doctorate would be referred to as the Right Reverend Doctor.

An affectionate, devotional or pietistic way of referring to a priest who has accepted the term Father.

A form of address for a bishop in the Anglican Church, as in “The Right Reverend Benjamin Kwashii” of Jos, Nigeria.

A bishop’s full-length vestment similar to a surplice with full sleeves, and usually worn under a chimere.

Days that were (and still are) set apart for special prayers for God’s blessing on crops, flocks, herds and other agricultural means of livelihood. From the Latin word rogare, meaning “to beseech.” Rogation Days were observed (and still could be observed) on the Monday, Tuesday and Wednesday before Ascension Day.