Doctor of Ministry; a special graduate program for clergy offered by many seminaries.

Another name for Morning Prayer and the other services of the day based on the ancient monastic cycle of prayer.

A “higher church” vestment worn by a deacon during the celebration of Holy Eucharist. It corresponds to the chasuble worn by the Celebrant, but it is rectangular in shape instead of oval.

The subservient rank in the three orders of the Church’s ministry (Bishop, Priest, Deacon). There are two types of deacons – transitional deacons, who will soon be ordained to the priesthood, and permanent deacons, who chose the order as a permanent servant ministry. Priests are first ordained to the diaconate to remind them and the Church that they are, and that they always will be servants (see Matthew 20:25-28). 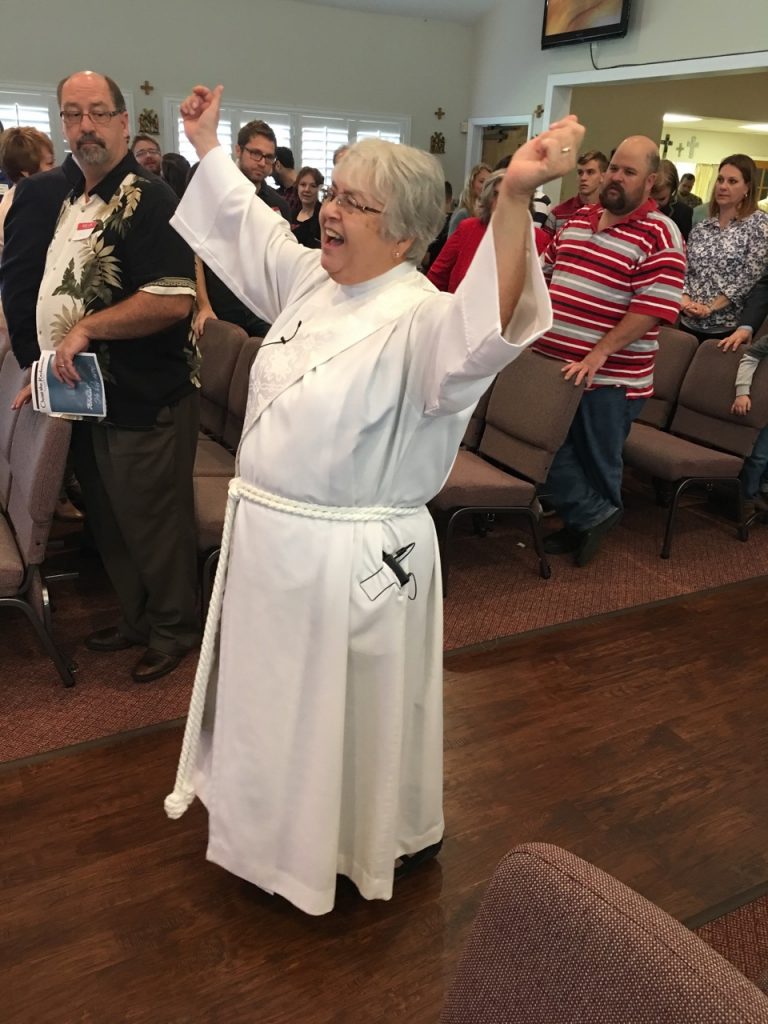 A geographical division of a diocese, roughly equivalent to counties in a state, also sometimes known as a convocation or an archdeanery. Many times referred to in location terms such as north, south, east, west, northeast, central, etc.

A ritual or service for returning a former sacred building or site to a non-sacred status; church buildings no longer in use as churches are deconsecrated before being sold or torn down. 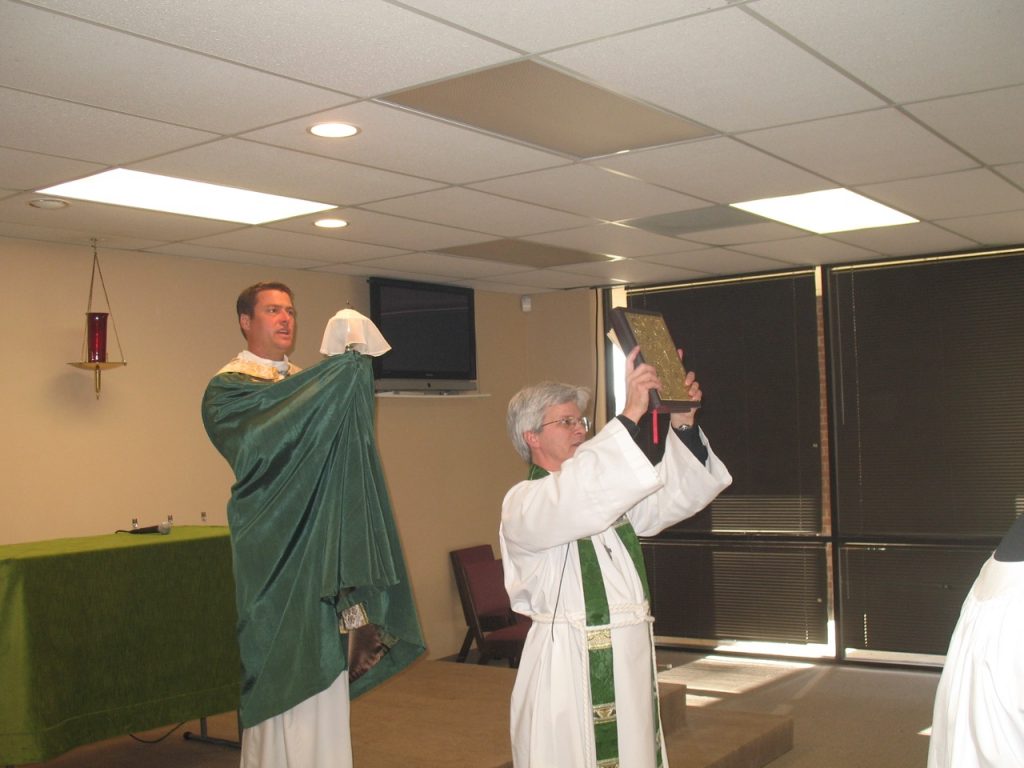 An official church or diocesan delegate to a meeting. A deputy may be clergy or lay, but the term usually applies to the lay people chosen to attend a convention.

The state of being a deacon; also, the life of deacon-like service in the church, the College of Deacons, the Order of Deacon.

A group that advises the bishop on diocesan affairs. The Diocesan Council’s duties are similar to the duties that the vestry or board carries out at the parish level.

Heraldic insignia of a diocese; diocesan seals are sometimes cut into rings or dies for impressing wax on official diocesan documents.

A unit of church organization; the spiritual domain under a bishop. A diocese may contain many parishes and missions. When used as an adjective, the term is diocesan. The diocese is most often thought of as the primary and basic unit of the Church. For example, the Diocese of Winchester in England.