The sacrament that celebrates a person’s joining of the Church. At our baptisms we are cleansed from sin, and adopted by God into His family, and made heirs of His eternal Kingdom. Since we can only be adopted once, baptism is a final, non-repeatable act. The Anglican Church recognizes both adult and infant baptism and offers both. Also, in the Anglican Church, one can be baptized by being immersed, by being sprinkled, or by having water poured on them. Baptism and Holy Communion are the two great sacraments of the Anglican Church. 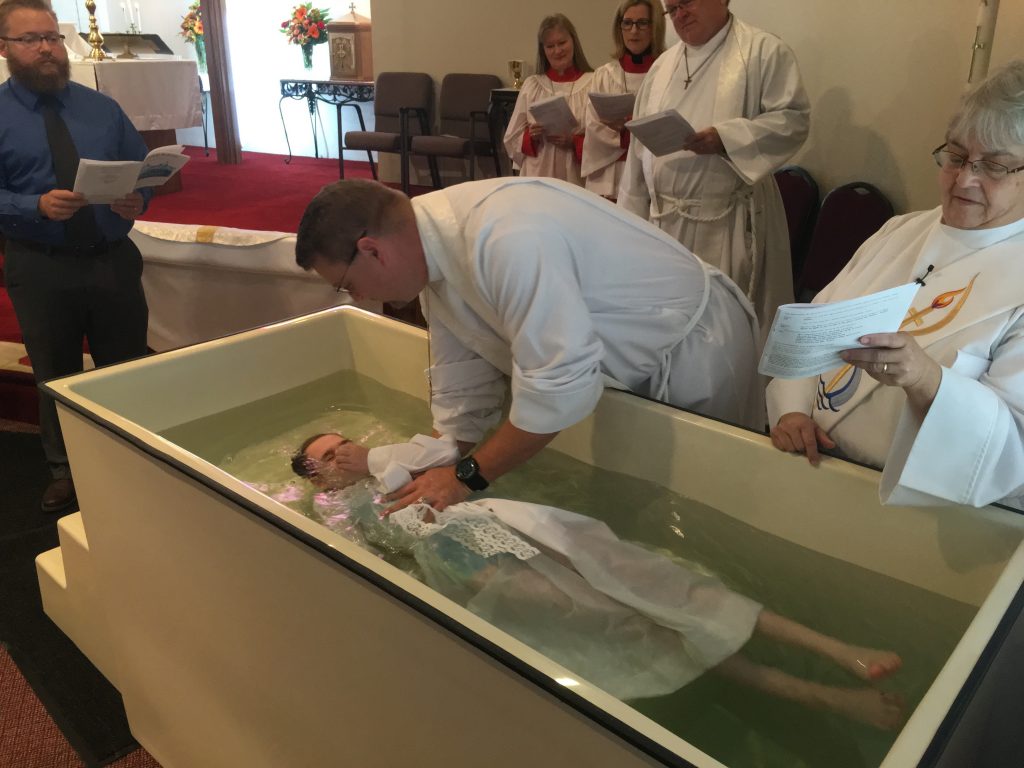 The primary source of inspiration and the single most important book for Anglicans. Three or more Bible readings are included in a typical worship service. Over 80% of the prayer book comes directly from the Bible.

From the Greek word episcopos, meaning overseer. A Bishop is a member of the highest of the orders of ministry in the Church. In many Anglican Churches, there are five kinds of Bishops – Archbishop, Diocesan, Assistant, Coadjutor, and Suffragan. No bishop is “higher” in rank than another. The five kinds merely define their function. Bishops are the only order allowed to wear purple shirts, and their crosses are usually gold, while priests’ crosses are usually silver. 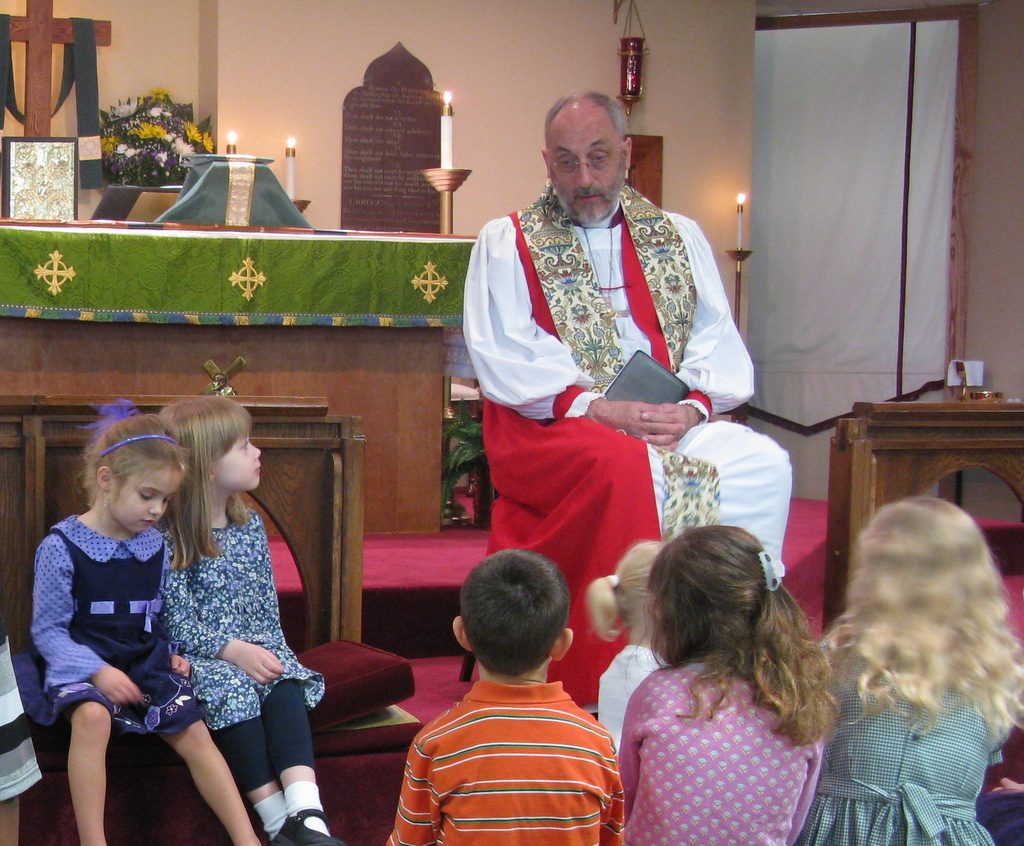 A priest who is elected by a particular diocese and consecrated to become the next bishop of that diocese when the diocesan bishop retires. The co-adjutor serves as an assistant bishop until the retirement of the diocesan, and takes over the diocesan responsibilities at that point.

The primary bishop of a diocese, elected by the people of the diocese he serves. Sometimes referred to as “the diocesan.”  The diocesan or “ordinary” of Durham, England is The Rt. Rev. N. T. Wright.

Speech, thought or action which manifests contempt for God and His commandments.

The worship book of the Anglican Church since its inception in 1549. Commonly called the “prayer book,” commonly abbreviated as the BCP, the Book of Common Prayer is a collection of classic and contemporary prayers, devotions, services and psalms designed to allow the entire Church to worship in common union. There have been variations and revisions down through the ages and across the world, but the basic structure and liturgy are very similar.

1928 Prayer Book – A version of the Anglican Book of Common Prayer used by some in the United States, in use from 1928 to 1976. Some services from  this prayer book were modified and inserted in the current prayer book (1979) as “Rite I” services. The 1928 Book of common Prayer was the last of the American prayer books to offer nationwide unified common Sunday worship (only one form available for Eucharist and one form for Morning Prayer).

1979 Prayer Book – A significant revision of the prayer book for use by some in the United States. Begun in the late 1960′s with numerous and often controversial trial liturgies, compiled in 1976 as the Proposed Book of Common Prayer, and ratified by 1979. The book attempted to retain traditional liturgies while incorporating many additional forms of worship. Mandated by the authorities for its exclusive usage, it thus alienated many traditional parishioners who, in the 2000′s, still refer to the book as the “new” prayer book. The book has the distinction of being copyright free, so that its pages may be used by anyone at any time.

One of the two elements of communion, signifying to us the Body of Christ. As Scripture reminds us, “And as they were eating, Jesus took bread, and blessed it, and brake it, and gave it to the disciples, and said, Take, eat; this is my body.” (Matthew 26:26) 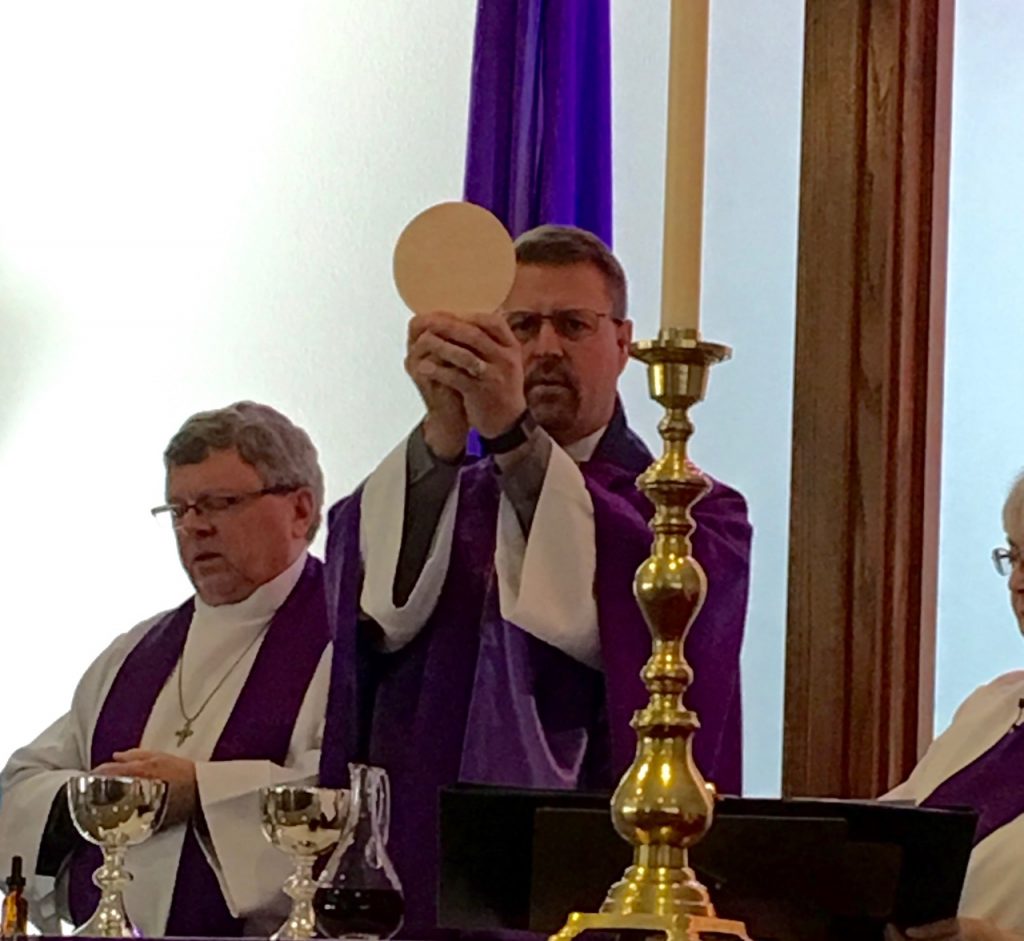 One of three popular designations to define the style of worship in a particular Anglican church. “Broad church” worship is vaguely midway between low and high, and may or may not include elaborate liturgy, incense, and/or sanctus bells. This may also include a separate ideology from high and low. A generation ago, an irreverent saying defined the three styles of Anglican worship as follows: “High and crazy; broad and hazy; low and lazy.”

From the Greek byrsa, meaning, “a bag.” A burse is one of the furnishings of the altar for communion, and is a pocket case made from two squares of some rigid material covered in cloth. The burse sits on top of the chalice, paten and veil, and serves to hold a corporal. Often, the burse also serves to hide an extra purificator. It also may refer to the small leather purse/wallet-like receptacle containing the pyx for taking the Sacrament to the sick and shut-ins.